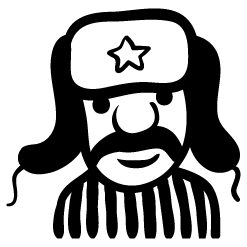 My eyesight had been getting worse for months and I didn't take the time to visit my eye doctor. When the headaches started, I finally went for an eye examination and I needed stronger prescription eyeglasses. Hello, my name is Janelle White and my blog focuses on eye health. By neglecting the warning signs of my failing eyesight for months, the problem got worse. I hope that my blog will motivate others to regularly visit their optometrist for an eye exam. When reading my blog, you'll learn about common eye conditions and diseases of the eye. You'll also learn about the symptoms that indicate you need to make an eye doctor appointment immediately. I'll also discuss the importance of regular eye exams for children and how you can tell if your child is having sight problems. Thanks for reading my blog and take care of your eyes.

Glaucoma is a condition that causes increased pressure in the eye, which damages the optic nerve. Damage to the optic nerve can result in blindness. In fact, the leading cause of blindness in people aged 60 and over is glaucoma. Some people are at higher risk of developing glaucoma, including people who are over 40, people with thin corneas, and people with poor blood circulation.

What Are the Warning Signs of Glaucoma in a Child?

Of course, a cloudy appearance to the eyes is a huge red flag that someone has glaucoma. However, easily seen cloudiness usually occurs after the condition has had time to progress. Before cloudiness occurs, the pressure in the eyes may make a child's eyes unusually large. The pressure can also cause intense tearing, making your child appear sad and weepy. It's important to note that these warning signs only affect children ages two and under.

What Are the Treatment Options if Your Child Has Glaucoma?

Treatment for childhood glaucoma can be surgical, medical, or both. The excess fluid in the eyes that is putting pressure on the optic nerve needs to be released in some way. Medical treatment for childhood glaucoma involves medication eye drops as well as liquid or pill medication. Surgical treatment can involve opening a tiny canal group where fluid exits the eye called the trabecular meshwork. This surgery is called a goniotomy. There are other surgical options available, including drainage tubes and trabeculectomy. Typically, surgery is the preferred method of treatment for very young children because they are most susceptible to blindness.

After treatment, it's crucial for parents to continue taking their children to regularly scheduled eye examinations with eye doctors like De Venuto Joseph J. Children who have their glaucoma caught and treated early on have a greater likelihood of having normal vision later in life.